Pool is widely known as a sport of accuracy and consistency. The best pool players face the challenge to be precise and consistent in every game as well as keeping their cool even under pressure.

Additionally, they need to devise strategies on the spot to defeat their opponent on the pool table.

At present, pool remains to be one of the most beloved sports for many young and old people. If you are new at playing pool and looking for an inspiration or role model, you’ve just found the right place to get it. Here, we bring you 10 best pool players of all time.

Believe it or not, Lee is one of the most feared pool players of all time.

She earned the nickname Black Widow because she “eats her opponents alive” whenever she is playing on the pool table. She is a top-ranked female pool player who won over 30 national and world titles.

Furthermore, she is constantly recognized as one of pool’s most powerful people by the Billiards Digest.

At this time, Lee continues to face various battles, not just against other pool players but also against ovarian cancer.

Despite being diagnosed with this critical illness, she continues to compete in professional pool tournaments. Lee remains to be a strong icon in the world of pool and many fans are looking forward to her full recovery.

Rudolf Wanderone was the most publicly recognized pool player in the 1980s. He was a professional pool player as well as an entertainer.

He promoted pool for decades and spent most of his time traveling and playing pool. Although Walderone didn’t win any major league title, he was still inducted into the Billiard Congress of America (BCA) Hall of Fame in 1984.

Wanderone may not be our idea of a victorious pool player, but he certainly made an unmatched impact on this sport.

He is a four-time world pool champion and the 1999 US Open Champion. He was able to win more than 60 professional tournaments in his entire career.

Moreover, he was named Billiards Digest Player of the Decade in the 1990s. In 2009, he was chosen as a BCA Hall of Fame member.

At age 53, Archer hasn’t been very active in joining pool competitions. He is currently residing now in Georgia with his significant other and two children.

Allison Fisher is proof that pool is not just a men’s sport. Fisher is a professional snooker and pool player from the United Kingdom.

She is called the Duchess of Doom by pool enthusiasts because of her unfailing deadly shots and practical strategies.

Fisher excelled at cue sports at a very young age and was able to bag her first championship title at the age of 17. All in all, she has won 46 Women’s Professional Billiard Association (WPBA) titles and four world nine-ball tournaments.

In 2005, she made history as the highest pool earner of all genders. Four years later, she was inducted as a BCA Hall of Fame member.

There is no one who can hook the opponents with safety shots like Mike Sigel. Apart from that, Sigel is also famous for his ability to shoot pool with either his left or right hand.

This professional pool player has won over 105 major titles in professional pool tournaments. He was even regarded as Billiards Digest Greatest Living Player of the Century. In 1989, Sigel was selected as a BCA Hall of Fame member.

In 2021, he went back to competing in the International Pool Tour. He is also offering private lessons through his page, www.mikesigel.com.

Luther Lassiter is an American pool player who is known for his incredible tactics in nine-ball.

He won 7 world pocket billiard championships along with multiple other titles. In 1983, he was admitted to the BCA’s Hall of Fame and North Caroline Sports Hall of Fame.

Furthermore, he was recognized as one of the 50 Greatest Players of the Century by Billiards Digest.

One of Lassiter’s historical wins was in the Jansco brother’s all-around championships from 1962 to 1972 where he achieved five straight pool titles, four nine-ball titles, and one pocket title.

Ralph Greenleaf is no doubt one of the most phenomenal pool and carom billiards players. At the young age of 12, he captured his first pool championship and was called “Boy Wonder” by a local publication.

Throughout his career, Greenleaf won 20 World Pocket Billiards titles. His style of play was sophisticated and well-structured.

16 years after his death, he was selected as one of the first three inaugural inductees of the BCA Hall of Fame. Moreover, he ranked number three on the 50 Greatest Players of the Century list of Billiards Digest.

“Like a polished gem”, this is how a snooker commentator described Earl Strickland’s style of play in the 1980s. This is also how he got the nickname, The Pearl.

Strickland is a professional nine-ball player that is known for his incredible skills in the sport. He is a three-time World Champion of the 9-Ball tournament and has also won a number of major titles in other tournaments.

Furthermore, he won five times in the U.S opening nine-ball championship. He also ranked 6th in the list of top 20 fans’ favorite pool players of all time in 2006.

In the same year, he was also inducted into the BCA Hall of Fame. Strickland won his last title in 2013.

In 2021, he had returned to Team USA however he wasn’t able to compete in the Mosconi Cup due to exposure to COVID-19 while he was on his flight.

Willie Mosconi had undoubtedly dominated the world of straight pool.

He was an exceptional player who won nineteen World Straight Pool Championship titles from 1941 to 1957. Additionally, he was known as one of the first pool athletes to use trick shots.

During Mosconi’s professional career, he was dubbed Mr. Pocket Billiards because of his unmatched talent in pocket billiards. In Mosconi’s time, the pocket billiards game played in the competition was called straight pool.

In addition to his victories in pool, he also worked as the technical advisor of Paul Newman, an American film director, for the film The Hustler.

Efren Reyes, also known as The Magician, is a Filipino pool player that has won more than 100 international titles. He is a legendary professional pool player who was the first to win the WPA World Championships in two different pool categories.

Reyes was also a fourteen-time winner in the Derby City Classic. Furthermore, he won the U.S. Open thrice and the World Pool League twice.

In 1997, Reyes achieved his most historical win when he defeated American player Earl Strickland in the inaugural Color of Money event. He brought home the largest single-match purse in pool history amounting to $100,000.

Moreover, Reyes was the first Asian to be titled a spot in the BCA Hall of Fame in 2003. In 2021, news about Reyes’ death circulated on social media but it was later debunked by the pool player himself. At present, Reyes resides in the Philippines with his wife and their three children.

These 10 players are some of the best pool players in history. There are lots of awesome players out there so check them all out and see who you may like best. This list is just some of our favorites. 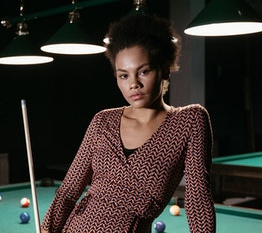